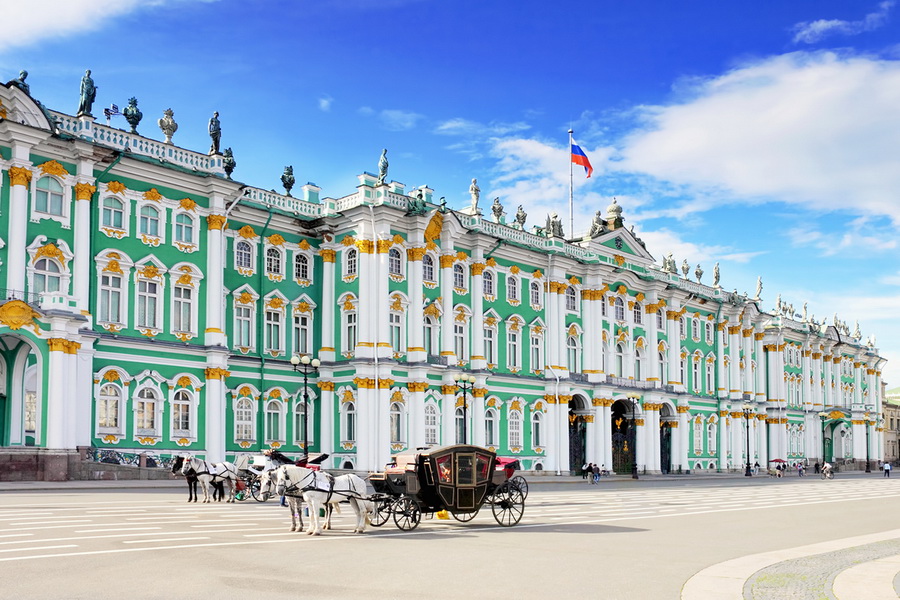 St. Petersburg is by right called the cultural capital of Russia. Such an abundance of museums, theaters, exhibition halls, and cultural attractions makes its residents proud of their city. But the citizens are especially proud of the Hermitage. You bet! In fact, this museum is known to the whole world due to its huge and unique collection of paintings and art pieces.

The history of the Hermitage began during the reign of Catherine the Great, who founded this great museum, giving him a beautiful French name «Hermitage», which meant «the shelter of a hermit». The beginning of the museum's collection was the collection of 250 paintings bought by Catherine from Prussian merchant Gotskovsky. At first the collection, which rapidly expanded, was admired by the Empress alone and her few favorites. But already in the 19th century the museum was opened to the public.

You can spend all your life in the Hermitage without finding out about all its masterpieces. The collection of the Hermitage is located in 350 rooms of the 5 museum buildings! Scientists have calculated that to fully appreciate all the exhibits of the treasures of world’s art a person will need 15 years given the fact that he/she will spend less than one minute per each. For two and a half centuries the Hermitage acquired one of the largest collections of world’s art of nearly three million artifacts representing various cultures from the Stone Age to the present day.

The Hermitage collection has works of art from all eras and peoples: the ancient East and Egypt, the Middle Ages in Eastern and Western Europe, Asia and Russia. There are rooms dedicated to Spain, France, England, Germany, Holland and many other countries. But few of the most important rooms are devoted to the art of Italy. The pearl and the pride of the entire collection are works by most famous Renaissance masters: Leonardo da Vinci, Titian, Raphael, Rodin, Michelangelo and others.

Besides, you can enjoy not only the inside riches of the Hermitage but also its exterior wealth that is the magnificent palaces which house the Hermitage exhibition. The Hermitage consists of five buildings standing majestically along the embankment of the Neva River. They are called the Small, the Old and New Hermitage, the Winter Palace and the Hermitage Theater. They are all united with one another by internal passages, corridors, staircases and galleries. The leading place in the magnificent architectural ensemble belongs to the Winter Palace designed by the architect Bartolomeo Rastrelli in 1754-1762. It used to be the official residence of the Russian monarchs. Two years later in the close proximity to it, the architect Vallin de la Mothe built the Small Hermitage, which was intended for collections of art. From 1771 to 1787 Fеlten built the Old Hermitage, and beginning from 1783 by Giacomo Quarenghi began to complete the construction of the Hermitage Theater. A special place in the exposition is taken by ceremonial palace interiors. The halls of the Hermitage regularly exhibit collections of the largest museums of the world.