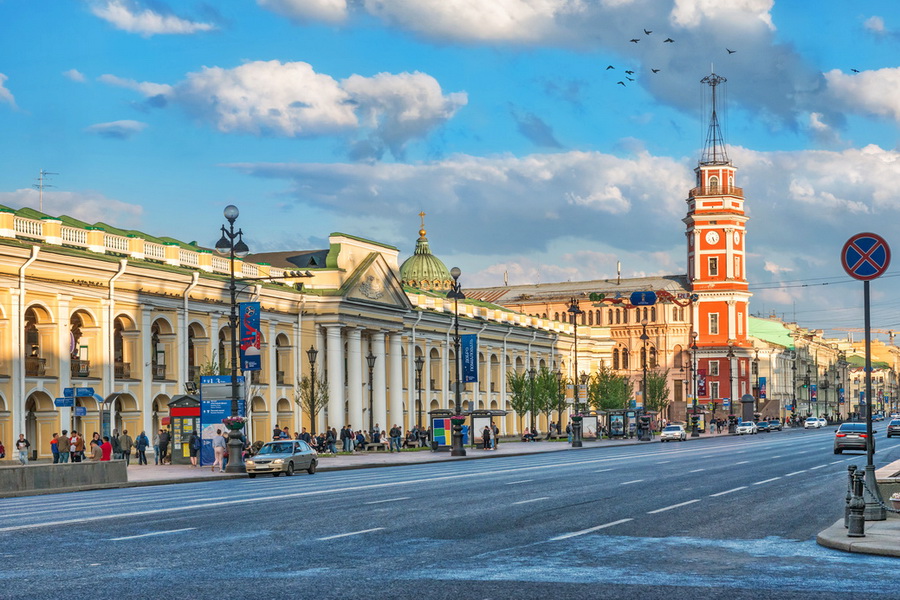 Gostiny Dvor is a monument of Russian architecture of the 18th century. It was built in the form of improper quadrangle. It is a very long two-storey (admittedly there is a third floor which serves as a warehouse) passage with arched arcade showcases. For decades the exterior of Gostiny Dvor has changed repeatedly. With time, intricate decorations, allegorical figures were added, columns and capitals were decorated with garlands. After the renovation of 1960 some shops disappeared. They were replaced by large bright halls of a single department store. Nowadays it houses one of the largest department stores in the city.