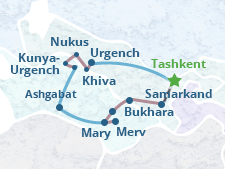 This 13-day tour will take you back in time to the height of the Silk Road, when caravans crossed the deserts of Uzbekistan and Turkmenistan laden with goods. From Tashkent, the modern capital of Uzbekistan, to Khiva, a complete medieval walled city, it’s easy to imagine how travelers would have walked through these same streets, or how people have developed Uzbekistan’s cities into the metropolises they are today. Nukus, though far from many other cities, is home to one of the world’s greatest museums, the Savitsky Museum, full of ethnographic material and avant-garde art. Turkmenistan has some interesting ruins of ancient cities, like Kunya-Urgench and Merv, alongside the newer white-marble buildings of the capital, Ashgabat. Head out into the desert to visit sites like the Darvaza Gas Crater, continuously burning for over 40 years, and Gonur Tepe, an archaeological excavation. Return to Uzbekistan with stops in Bukhara and Samarkand, home to some of the most monumental architecture on the Silk Road. For the best and most complete tour of these two countries, the Uzbekistan-Turkmenistan Tour 2 is a great option.

, departing to Tashkent at 17:00 (300 km). Scheduled arrival time is 19:10. Pick-up and transfer to the hotel. Overnight at the hotel.
Duration of sightseeing tour: 3-4 hours
Day 13: Tashkent – departure
Check-out from the hotel at noon. Free time until transfer to Tashkent International Airport. End of the tour. 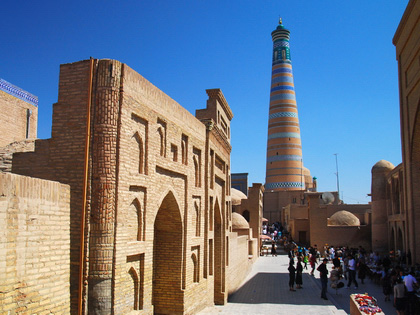 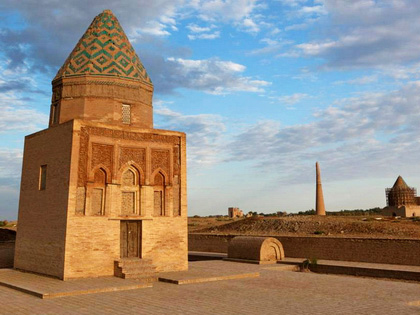