The itineraries of religious tours in Uzbekistan include, but are not limited to, Buddhist monasteries, Sufi medieval mansions, Zoroastrian monuments, and Islamic architecture in Central Asia. 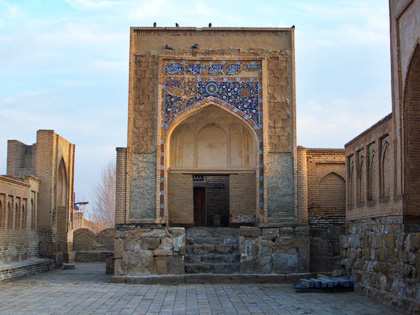 This 8-day tour of Uzbekistan will introduce you to the Sufi holy places of Tashkent, Samarkand, and Bukhara. See a Quran, said to have been owned by the third Caliph, Uthman, and then head to the many mosques and mausoleums of Samarkand and Bukhara. 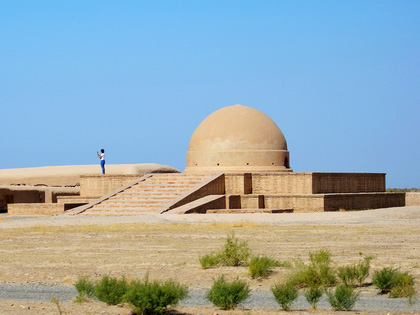 This complete 12-day tour will introduce you to the many sights from Zoroastrianism and Buddhism in Uzbekistan. Visit the major cities of Uzbekistan and learn their histories, plus travel to some lesser-known sites with their own stories to tell. 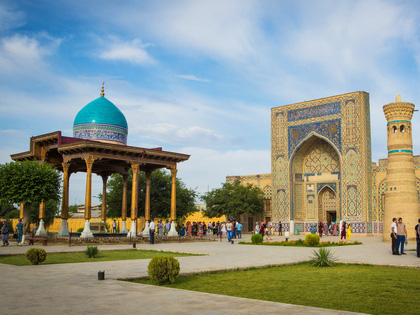 This Uzbekistan Pilgrimage Tour stops at many of the sights that are less well-known, but no less important. Explore the Zangiata Mausoleum in Tashkent, the mausoleums of the many Sufi figures in Bukhara, and the mausoleum of the founder of a dervish order in Termez, with other stops in Samarkand, Kitab, and Denau.

This 6-day Uzbekistan Muslim tour is specially designed to take you to the most important Islamic sites in Tashkent, Samarkand, and Bukhara. Spend extra time at medieval mosques, important mausoleums, and the spiritual centers of Uzbekistan.

Religious tours in Uzbekistan allow you to visit holy sites that are closely tied to world religions, and that have been pilgrimage points for centuries. The region has long been known for its religious diversity, and throughout the centuries, several world religions have left their marks in Uzbekistan.

Move on to more recent monuments, since Uzbekistan is full of medieval Sufi mansions. Around Bukhara, visit the mausoleum of the holy sheikh Bakhouddin Naqshbandi, or the mausoleums of Al-Bukhari, Shakhi-Zinda and Rukhabad in Samarkand.

Bukhara is also home to another tour stop, the synagogue in Kukhma Mahalla, built in the 17th century.

Book a religious tour of Uzbekistan to learn about the long history of the many religions in this storied land.